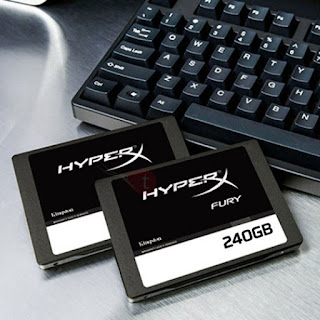 SSD have no moving mechanical components. This distinguishes them from traditional electromechanical magnetic disks such as hard disk drives (HDDs) or floppy disks, which contain spinning disks and movable read/write heads.

SSD can be thought of as an oversized and more sophisticated version of the humble USB memory stick. Like a memory stick, there are no moving parts to an SSD. Information is stored in microchips, this difference is what makes SSD so much faster.

An SSD does not have a mechanical arm to read and write data, it instead relies on an embedded processor called a controller to perform a bunch of operations related to reading and writing data. 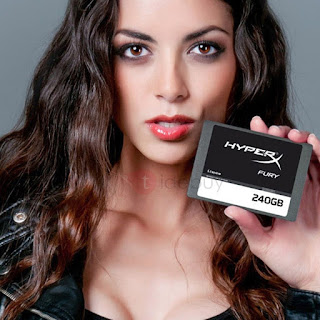 The controller is a very important factor in determining the speed of the SSD. Decisions it makes related to how to store, retrieve, cache and clean up data can determine the overall speed of the drive.

Today I want to recommend this 240GB SATA3 2.5-inch SSD, that supports burst speeds up to 500MB/s read and write speeds.

Finally, you may be wondering what this SSD looks like. The technology is encased inside either a plastic or metal case and looks like nothing more than what a battery might.

If you want to know more information about SSD, please click the follow link: https://www.tidebuy.com/c/Hdd-Ssd-104413/Best-Selling/
at October 25, 2017 No comments: